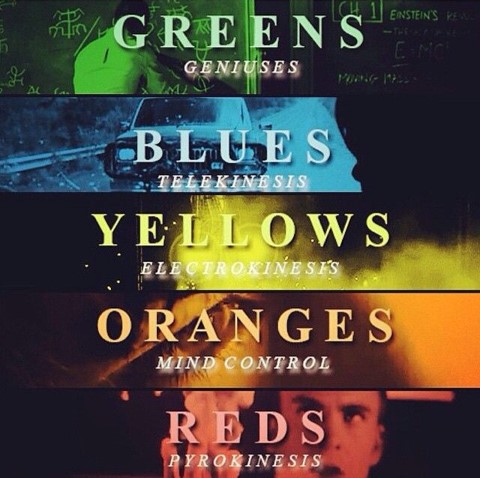 Have people listened to the playlists that the author made? I've listened to those playlists and they seem to fit as well. Just an idea tho. I think the song "The Truth" by Kygo & Valerie Broussard is a great song that seems to fit the novels.

Does anyone know what Alex (the author)'s reaction is? I know for one that if people saw the Percy Jackson films, the author, Rick Riordan hates the films with a passion. Idk what Alex thinks of The Darkest Minds film, but if anyone has any ideas I would like to hear them.

The movie is great, but, for me, it is on a separate plane than the books. The books are incredible, and I strongly believe that the film is good by itself, especially if you haven't read the books. I recommend reading the books to see how the story truly unfolds. There are some critical differences between the books and the film, which I am sure others have pointed out in other threads. There will not be a second film if that puts things into perspective for you.

(edited by BlueinDarkestMinds)
A reply to Styx248
0

Honestly, has there really been successful films adapted from books (other than Harry Potter but I don't agree)? The Darkest Minds Trilogy surpasses the film, and I am sure other people would not argue the opposite.

I agree with your point about the reds. In the novels, we see more control of fire using their hands or at least not breathing it like their dragons. I think they had to change Chubs color so that they could have all 4 (minus the red) in the main cast to cover all the bases.

The comment about Liam -- he is not that Southern in the book. He is actually from like West Virginia or so, which is not actually UBER Southern. Yes in the novels, he calls Ruby "Darlin'" but I believe that was not replicated in the movies for the reason that it was not suited to the character that was created for the film. Also, the actor is British-- so I assume he worked with a team to develop his American accent. I don't think it is bad that he wasn't southern. I think a larger part of it is that books and movies are not going to be the same and there is artistic license.

Just a point-- You are not wrong!

I think Harris Dickinson and Miya Cech are well cast. The fact that they actually put time into Liam's movements for all the telekinetic parts make him more likeable and I think Zu is probably the most relatable for a lot of people. The entire cast is great, but I think it is the small things that make a difference.